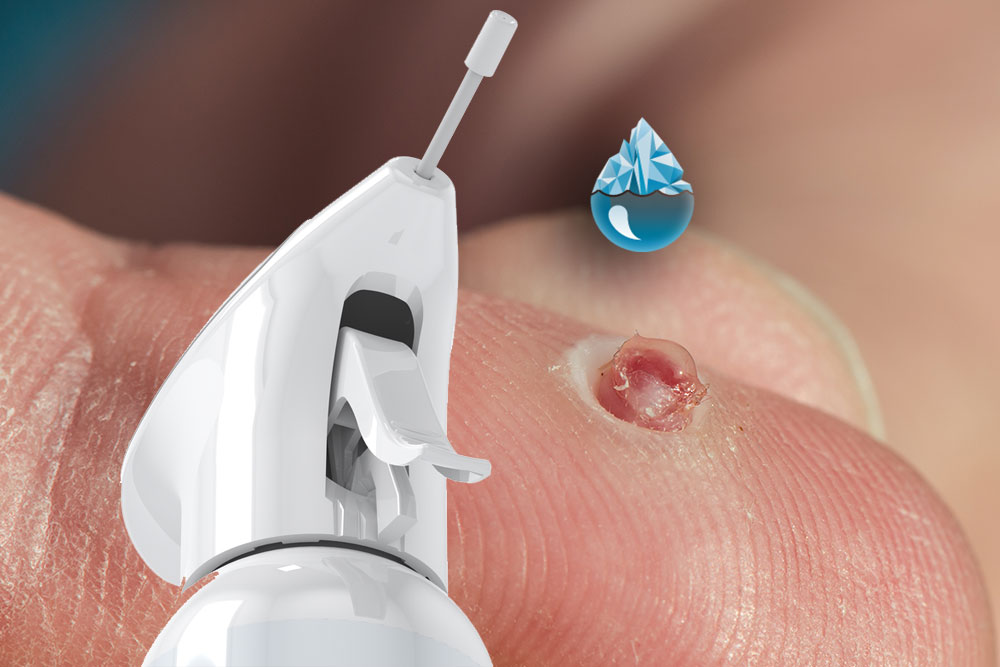 Pyogenic Granuloma is a benign skin growth, red in color, typically smaller than 2 centimeters. This lesion is also known as lobular capillary hemangioma or granuloma telangiectaticum. (1) The lesion sometimes follows a minor injury to the skin. The most common sites for pyogenic granuloma to develop are the head, neck, upper trunk, hands, and feet.(2)

The lesions are most often seen in:

While pyogenic granulomas are always benign, sometimes a skin cancer can resemble a pyogenic granuloma. For this reason, a sample is usually obtained for biopsy.(2) Since it is prone to bleeding, it is recommended that the lesion be covered with a bandage before treatment.(3)

The lesions are prone to recur. In pregnant women, pyogenic granulomas are likely to go away after delivery, and thus waiting is often considered the best strategy.(2) Cryosurgery is used to freeze and destroy small pyogenic granulomas.

Hydrozid® is an FDA cleared portable cryosurgery device, designed for primary care physicians, pediatricians, dermatologists, and podiatrists, for the treatment of dermatofibromas, actinic keratosis, skin tags, warts, and a number of additional benign and premalignant skin conditions. Qualified providers, visit  our Registration page to set up an account and order.

(5) Mirshams, M, Daneshpazhooh, M., Mirshekar, A., et. al., Journal of the European Academy of Dermatology and Venerology, Cryotherapy in the Treatment of Pyogenic Granuloma, https://onlinelibrary.wiley.com/